Dan Fulop, Managing Director at The Related Companies died on September 28.  He was 43. 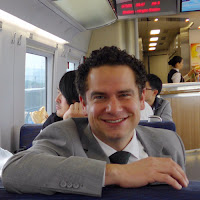 I learned about Dan’s passing last night via an email exchange with another industry friend who told me she had recently joined Related.  In congratulating her I asked if she had met Dan yet.  Her reply, “Unfortunately, I haven't. I'm in the field office so I don't see many people outside my immediate team. Also, I only recognize the name because there was a company wide email about his recent passing. I hope I'm not the one to give you the news. Very sad, he was too young”.

Yes, too young and so sad.

Dan and I met via this column about 15 years ago.  He worked in Related’s HQ in Columbus Circle in New York and I lived right around the corner.  About once a year, at around 5:30pm, we’d meet at Joe G’s Restaurant on 56th Street for a beer and talk about things.  Then he’d go back to the office and work until about 8pm before heading home to his family in New Jersey.

Dan was one of those guys that you couldn't help be attracted to. His energy was contagious and his passion for his family and his career was powerfully evident.  He knew some things about me and at our first get together I learned that we had some things in common:  Livingston, NJ; Dan graduated from Rutgers University (the same school that my sons Brian and Kevin graduated from) and Jersey City where Dan’s brother Steven is now mayor and the band I played with, ‘Everyone’ was based.

While the term ‘rising star’ may be over-used, after our first meeting I knew Dan was destined to advance.  Dan was a humble guy.  He did not seek out the spotlight. He just went about his business and got the job done. We connected right away and our conversations were always open and honest.

From obituaries I found about him: Dan had nearly 25 years of investment experience, including long tenures with investment bank Goldman Sachs, & Co. and mutual fund manager Franklin Templeton. He is a graduate of Rutgers University, speaks five languages, and is proud to be a New York City-born first generation child of parents that immigrated to the United States in 1970. Dan was one of three brothers who learned a strong work ethic in their parents’ Newark deli and rose individually to prominence in their respective fields.

Over the years since he and I first met, Dan was spending more and more time in Asia.  He died while traveling in Vietnam.

I had a restless night last night thinking about Dan.  It’s another of those wake-up calls for us:  you never know.

One of the things that I read every day is a reminder:  Yesterday is gone, tomorrow doesn’t exist, today is all we have.

Treasure today.  Appreciate all we have.  Don’t forget to tell someone you love that you love them.

My sincerest condolences to Dan’s family and friends.  He was a really good guy. 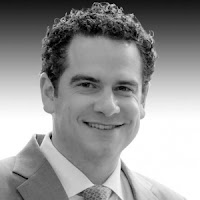