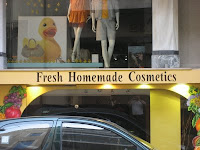 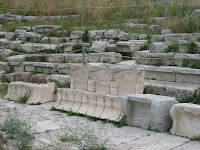 Some real estate stuff from Real Capital Analytics (RCA) April Capital Trends Reports (We’re not out of this thing yet!):
1. Retail: Q1 retail asset sales volume, at $1.9b, was down more than 90% from its market peak two years earlier and was off 74% from the same quarter a year ago.
2. Office: the $3.6b sales volume for ofﬁce properties through the ﬁrst quarter fell to just 6% of the $77.5b recorded two years ago at the market peak in Q1’07. Versus a year ago, volume was off 76% and compared to the previous quarter, volume was down 53%. Digging deep to ﬁnd any positive news, sales did increase slightly in March over February.
3. Industrial: Two statistics illustrate the state of investment sales for the industrial marketplace in q1’09. Closed deal volume fell to its lowest level in at least eight years at $1.3b, and was 9.2% of peak quarterly volume. Adding insult to injury, offered volume, at $8.3b, outpaced closed volume by over 6:1.
4. Apartment: Sales of significant apartment properties fell to a mere $1.8b in q1, a drop of 86% from a year ago. The unimpressive volume last quarter equates to just 6.7% of quarterly volume recorded at the market peak. As shocking as these declines are, more recent comparisons indicate that the market is continuing to slow. q1’09 volume breakdown

I guess these statistics just underscore what it’s like out there. Almost each week we read about new private equity funds that have been pulled due to lack of interest (or other issues) but many people that I speak with say that there is money out there; it’s a matter of finding who’s got it and in some cases working out a draw-down schedule that suits the investor.

Second. I’ve figured out a way to simplicate things….in general. It’s two steps (1) Stop paying any attention to any mainstream media; (2) Just do the right thing.

While I’m sure a few people have the flu (call it whatever you want, it’s still the flu) and if you look at statistics you’ll see that a whole bunch of people die of the flu every year, even in these here United States so I don’t know why it’s necessary to create mass fear and hysteria. But that’s what the media gets paid to do and I for one am really, really tired of it so I’m eliminating news from my life. However, the news about pension funds and placement agent fees has already put a cloud over all asset classes. My guess is that we’ll see some changes in that niche of the business.

Yesterday, a great burden was lifted from my shoulders. I was in Chicago this week recording the basic tracks for a new CD that I hope to have out by Christmas. On the first CD I sang. But yesterday, after listening to the tracks that I sang on a decision was made: I will stick to song writing and bring in the best possible singer for each song. The songs came out great and it is a real family affair again with my son Kevin writing terrific words and melody for one song in a flash (He doesn’t know that we have another assignment for him) and my son Brian producing, arranging and playing. So, with the relief that I will not have to sing any of my own songs I can concentrate on just writing of them. But, for now the project at hand is this CD, tentatively called “Felix…Finally/Part Deux.”


And finally. This week, while looking for a good deal on a hotel in Chicago I ended up at Hotel Felix Chicago, which is promoted as the most eco-friendly hotel in Chicago. I didn’t really see any concrete evidence of this claim and it is a boutique hotel which means that there were design elements that were both hazardous (I banged my shin numerous times on the frame of the bed which, in a small room, stuck out from the mattress way too far) and annoying (like the sink having been designed by someone who has either really small hands or didn’t expect that people would actually use it). Anyway, it’s not a bad place and I given the rate I got I just had to try it due to the Felix factor. Anyway, this is not a recommendation; just a notation.

Song of the week: Calling All Angels from the soundtrack (at the very end) of the movie Pay It Forward. It’s beautiful.

Photo Top Left (Athens): Front row seats at the Theatre of Dionysos.
Photo Top Right (Athens): My favorite next to homemade apple pie.
Posted by Steve Felix at 11:16 AM No comments: