On the Road-Washington, Atlanta, Raleigh-Durham 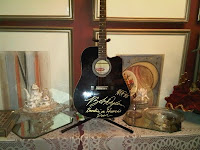 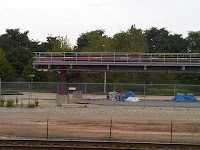 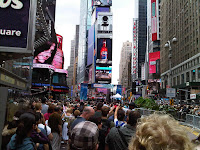 Thanks again to all of you who contributed to last week’s well-received column on, “Then and Now.” So here’s my two-cents: What went on ‘then’ (the early 1990’s) was a new phenomenon in the commercial real estate industry. Having done workouts of as far back as the late 70’s, I was eager to get involved and fortunately got to in a big way (starting and running a large RTC contractor office) and then as part of a team that worked Midlantic Bank (NJ and now part of PNC) out of a serious non-performing real estate loan portfolio that basically saved the bank (btw, Midlantic had help from what was then called Victor Capital (John Klopp (Capital Trust) and Craig Hatkoff’s consulting group that also included Marc Holliday (now head of the REIT S.L. Green) and Nick Laird, founder of Global Realty Outsourcing)and the legendary David Kaplan. But those problems seem simple compared with what is going on today. This time, it is not the real estate industry that caused the problems, it’ the global economic meltdown (which some finger-pointers suggest was fueled by the infamous sub-prime mortgage market). Well, I’m not a global economist so I don’t really what came first, the chicken or the egg. But here we are in the days, as it were, of stuff that we really don’t understand just yet anyway. We’re dealing in new territories albeit with some prior experience being very relevant today (i.e. the negotiations between borrowers and lenders, the interaction of GPs and LP’s in funds, etc). But as far as I can tell, what is going to happen in the future (short-term for starters) is anyone’s guess. So the difference between then and now is that, well, they’re different because the world is different and we’re different people and there are a lot of folks who are involved now that were not even in the industry then. But that doesn’t mean that they can’t help solve the problems or that they won’t be able to capitalize on the opportunities. However, from what I’m told, while transactions are getting done more and more (all cash, assumable financing) there’s still a ‘fog upon as George Harrison wrote and it’s really a fog across and the developed world. It’s a problem much bigger than my grasp and it seems bigger than the understanding and solution attempts of governments. But one thing is for sure, and we’re seeing it already, there are some service sectors that are able to generate fee business coming and going while the rest of us try our darndest to figure which way to go:

The Road Not Taken-Robert Frost

Two roads diverged in a yellow wood,
And sorry I could not travel both
And be one traveler, long I stood
And looked down one as far as I could
To where it bent in the undergrowth.

Then took the other, as just as fair,
And having perhaps the better claim,
Because it was grassy and wanted wear;
Though as for that the passing there
Had worn them really about the same.

And both that morning equally lay
In leaves no step had trodden black.
Oh, I kept the first for another day!
Yet knowing how way leads on to way,
I doubted if I should ever come back.

I shall be telling this with a sigh
Somewhere ages and ages hence:
Two roads diverged in a wood, and I--
I took the one less traveled by,
And that has made all the difference.

A good friend of mine, Gunnar Branson of Branson-Powers in Chicago (innovators of products, markets and processes) sent me an email a couple of weeks ago that said, "Buy this book!" Now, Gunnar is no Abbie Hoffman (of "Steal This Book" fame) but I know he has impeccable taste and I immediately obeyed and ordered the book. I am just about finished with it and I say to you, "Buy this book." It's called 40 Fathers-The Search for Father in Oneself. Just as was done to me, I will say no more.

My disclaimer here: I have not, in all the years I’ve been writing this column, ever looked back to see what I’ve written. With that, there is the risk that I may repeat something I’ve already written but since my memory is not so good for things like that, I just don’t remember. So, for those of you who have been reading this for a while, I apologize in advance if this is a repeat of anything I’ve previously written:

The actor, Patrick Swayze died this week (57). It’s reported that he and his wife were working on his memoirs when he passed away. But he left a legacy in film, particularly (for me), “Dirty Dancing.” The tennis player, Juan Martín del Potro (20) won the U.S. Open tennis title. His name will forever be engraved on that trophy. Derek Jeter (35) of the New York Yankees passed the legendary Yankee Lou Gehrig's franchise hit mark of 2,721. This will stand until someone else gets more hits (maybe when they start using titanium bats instead of wood)…don’t worry, it’ll happen). Taylor Swift (20) won MTV’s Best Female Video Award (and Kayne West, whoever he is, made a jerk out of himself in front of 11 million people). These people have left their mark but more importantly they have achieved something for themselves; something they will always have with them, something they’ve worked hard to get. I took a look at the liner notes that my son Kevin wrote for my first CD and thought that some of his words were appropriate for this subject and maybe will strike a resonant chord with you:


“We all have two kinds of to-do lists: the everyday ones and the long-term ones. While we find the time to do the items on our every day to-do lists (buy eggs, pay AmEx bill, sew up hole in jeans crotch), the items on our long-term lists (write screenplay, buy a houseboat, design an effervescent mouthwash tablet) get pushed aside for the more urgent necessity and effortless check-off satisfaction of the everyday tasks.

But those long-term items are the important ones, the ones that may take years to check off, the ones that are deeply satisfying to complete, the ones that will ultimately help to define our personal legacies........It really was inspiring to witness an item being checked off his long-term list-and then to hear him immediately start talking about what he’s planning on doing for his next album.

So as you listen to this disc, and every time you see it on your shelf (or in your iTunes Library), think about your own long-term to-do list, ask yourself why you haven’t checked off any items lately, and realize that it’s really not that hard to do once you just decide to do it.”


Update: I am currently working on my second CD called, “Wait for Me.” It’s produced by my son Brian with

lyrics and melodies for two of the songs by my son Kevin. It is much different than the first CD as I was

told to push the envelope by the producer, Brian Felix. We hope to have it available by Christmas. These

CD’s are part of my legacy, something I had only dreamed about for more than twenty years. Please think

about why you’re waiting to do something you’ve been dreaming about. As the lyric to the title song, “Wait

for Me” suggests, “there isn’t much more time.” Do any of us really know?


Restaurant of the week: Sushiann, 38 E. 51St, NYC (212 755 1780). Any Japanese restaurant that has six sushi chef's slicing away must be good and this one is. Thanks to my friend, Marty Nass of CTPartners (Real Estate Recruiters) for introducing me to his favorite sushi place.

Publication suggestion: Shopping Center Digest is a well-known and respected industry publication headed by retail real estate observer, Murray Shor. I got an offer this week which I thought you’d be interested in. Click here to check it out and if you write to about his free issue offer, just say ‘Steve sent me.”

Amazing experience of the week: The Mansion on O Street, Washington, DC. It's hard to explain. It's a hotel, it's a place that hosts private parties, it's a very musician/celebrity and music passionate place. It's simply unique. They give tours but be careful you don't get lost: there are 100 rooms and more than 32 secret doors.

(r) The end of the line. Taken at the Newark Airport Air-Train station.