A friend who has made a difference in the commercial real estate industry: John Baczewski 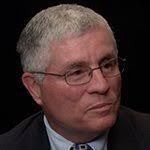 Since 1999, he has been an independent consultant serving the institutional real estate industry. He has served as: chief financial officer of Pyramid Hotel Group; and managing director of business development for AMRESCO Advisors, where he was a member of the firm’s Management and Investment Committees. Mr. Baczewski also held real estate consulting and portfolio management positions with PricewaterhouseCoopers, the Frank Russell Company, Russell Fiduciary Services Company and AEW Capital Management.

He is a former Chairman of the REIS Board, a joint initiative between NCREIF and PREA, which promulgates information standards for the institutional real estate investment industry.

How John and I met:
I don’t remember exactly.  It may have been at a NCREIF event or another industry event.  John and I hit it off right away (at least that’s my recollection).  He’s a very generous person and has contributed immensely to the institutional real estate industry.  As a person, John is a good guy.  He’s friendly, honest and forthright – characteristic I admire.  He also has a great, dry sense of humor, which resonates with me.  John and I are both early risers and some of our catch-up phone calls occur before the roosters are up!

A.  I was an auditor with one of the largest public accounting firms and had several real estate auditing clients. One of those was a public REIT, which was doing very interesting things. As a result of that experience I was interested when a recruiter called me about an opportunity with a small, innovative real estate firm.  They were looking for a portfolio controller. But the recruiter said something along the lines of “Don’t get your hopes up. They’ve been looking for months and have talked to everyone in town.”  I decide to go on the interview – with AEW. Given the recruiter’s warning, I figured the interview would last 45 minutes.

After I had met with a handful of people David Evans, CFO / Treasurer – who ultimately became my boss said to me, “We think you should work here” and about 6 weeks later, I did.  Looking back on that day of the first ‘interview’ I had no expectation I would be staying there 5 hours and talking with 6 or 7 people. All of those meetings were clearly impromptu, including meetings with AEW co-founders Tom Eastman and Peter Aldrich and other principals of the firm that happened to be in the office that day.

A funny anecdote:  you remember the big spreadsheets and flow-charts companies put together when analyzing a deal? David Evans very quickly walks me through a deal they just closed. The deal was laid out on at least six 8 ½ x 11 pieces of paper – taped together – that had been photocopied and were sitting on his desk. At the time, AEW prided themselves on doing big, complex capital structure deals. Tom Eastman is sitting there with us. After Evans finishes he asked me, “So, any questions?”  What’s going through my head is, “Hmmm, I’m not sure how much of this I actually captured.”  But I looked at it and said, “I do have one question.  You told me that the arrows represented cash moving from one entity to another.” David replied, “Yes.”  So, I say, “Okay, here’s what I don’t understand and I pointed to this spot in the middle of the chart. “I don’t understand this arrow because the way you explained it I would have expected the cash to move in the opposite direction.”  I don’t know if you ever met David Evans or Tom Eastman but Evans snaps to attention, he’s looking down and, remember those big pink erasers? He started rubbing away at the arrow and, of course, it’s a photocopy so it doesn’t erase. I thought Tom Eastman was going to fall off his chair. He was laughing so hard! I’m not sure if I’ve just embarrassed David or even did the right thing? However, an interview process is a two-way evaluation.  At the time I was a manager in a public accounting firm and then, as now, it was a pretty solid job.  There’s probably a level of tension when you don’t have work. But you’ll do a better job in the interview the more relaxed you are.

A.  There are a couple of things that I would suggest.  First: don’t limit yourself and be prepared to try anything.  If you get an opportunity to do something interesting, even if it’s not exactly what you thought you might start with, throw yourself into it and have at it because you’ll probably learn something. Odds are that if you’ve been asked, someone saw something in you that got them thinking you could be helpful.  Don’t limit yourself. Don’t say, “Gee, the only thing I wanted to do is, for example, to be an analyst who works on retail properties.” There just may be a broader opportunity as an analyst that supports another part of the organization that you may turn out liking as you get closer to it and more familiar. The second piece of advice is a little more unusual and a little gut-wrenching at times. That is: volunteer for messes.  In every company there’s something that’s not going well. And people are running for cover. Maybe there was a market downturn, maybe bad execution or something else like that.  If you have the opportunity to work on a mess of someone else’s making, particularly early in your career, remember: No matter what kind of trepidation you may have it’s very unlikely you’re going to make it worse. You just may be part of the team that makes it better. You’ll learn a lot through that. You’ll get to see some mistakes that other people made. That won’t preclude you from making a mistake but the experience will more easily help you find a solution.  So, volunteer for the mess – that’s always been a great learning experience for me.

Q.  As you look back on your career is there anything you wish you had done differently?  If so, what?

A. I don’t tend to be a look-back guy but you’ve gotten me thinking. There were some things I didn’t do, because I was too tentative. I should have made different and bigger mistakes than the ones I made. At one stage of my career I spent a lot of time trying to find the job that would expose me to global real estate activities. I never did that but I probably should have; I should have worked just a little harder at it – to find that job that would have broadened my exposure.  It’s one thing that I thought I always thought I wanted to do and never did.

Q.  Who have been the major influences on your career? How?

A.  There are a number of real estate people who deserve mention but I’m going to start in a fairly unlikely place.  I had an accounting professor when I was a freshman at Merrimack College - Dick DelGaudio. In those days accounting professors tended to be a lot like everyone thought of accountants.  They were serious; conservative and pretty buttoned – up.  Dick was incredibly serious about the material and very smart – after all he was the professor. But he spent more time in his classroom exhibiting his personality while we were covering the material. The lesson there was even if you’re doing something that is very serious you don’t have to sacrifice your personality. It was a while before I realized how important that lesson from Dick was. But the real thing that he did for me, was he force me to go on the interview with Arthur Young, (now Ernst & Young)

It was a co-op program. I started working there after my freshman year in college. Dick refused to send me on any other interviews unless I did that first.  I didn’t know what a public accounting firm was. I didn’t understand it and couldn’t imagine it was something that a kid from a small town could do. So, if you want to talk about influence, that’s probably the biggest one because that was a pivotal point in my life.  I was a young, impressionable kid. I’m still friends with Dick today.

There’s no shortage of real estate people that I worked with and who have had an impact on my career. Early on at AEW Tom Eastman and Peter Aldrich. It was just so interesting to watch the way they managed a growing company; how they created an environment where, not only was it acceptable to make a mistake but if you made a particularly big one, it might be celebrated in front of the entire firm. They didn’t have to tell me twice.

Peter Aldrich asked me to evaluate membership in NCREIF (National Council of Real Estate Investment Fiduciaries) where I met Blake Eagle who also became an influence on my career. Peter’s advice before sending me to NCREIF: “When you’re going out into the marketplace, if there’s an argument, be involved.  It doesn’t matter if you’re right or wrong.  People will remember that you were engaged, not necessarily what you said – don’t be shy about it”. Blake was a very thoughtful, even-handed consultant, who’s now retired. The lessons from Blake were simple and reinforced some of the lessons I had already learned. These included always listening to people - you might learn something.  Ask a lot of questions. Think about your clients – something I already knew but Blake opened my eyes to another way to do it.  Those are the people who I would say had a strong influence. How do you find those people in your career?   Well, they don’t come to you and announce themselves. Sometimes you need to ”hang around the hoop” a little bit  and watch – maybe mimicking their behavior a little bit.  There are a lot of articles published for people seeking mentors and being a mentor and how important it is: it’s really important.  Don’t worry if you can’t find a mentor quickly: they’ll appear in your life and, curiously, they’ll appear when you need them.  Even though sometimes you don’t realize it at the time.

Posted by Steve Felix at 5:06 AM No comments: