On the Road-West Coast 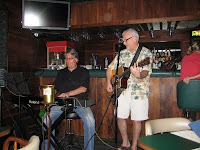 Something is going on when you read an article in The New Yorker magazine that in one breath mentions legendary concert promoter Bill Graham and the fact that the secondary market for Bruce Springsteen (and others) is similar to the CMBS market. Do we have to pollute everything with over analysis? I think that while this piece is not considered to be the type of journalism that catapulted Woodstein (Woodward and Bernstein) to fame and fortune, it reeks of the kind of journalism that, for my money, just stretches to far to make a point, get noticed and perhaps convert an article into a book where tickets to your book signing party will not, never, ever be sold on the secondary market. Anyway, it just seemed a little far-fetched to me.

Thanks to everyone who wrote me this week about my piece last week on the reunion. Perhaps there is a group of people in your life whom you’d like to connect with. Actually, one of our group would make a great reunion planner! Again, it was a very poignant experience for me and for all of us.

I also received a number of notes about where the real estate market is today. More than not, our colleagues’ feel that another shoe is yet to drop in the commercial real estate industry. With the stock market having had a very good week (although the conversion rate of Canadian to U.S. dollars dropping which is pissing me off) perhaps things are picking up. However, as a taxi driver reminded me this week, “There are still more and more jobs being lost, more and more people losing their homes and more and more people struggling to get by.” So I guess there are two stories in this naked country; those promulgated by the media and our elected officials and those that are the grassroots truth. No one I know is adding to their wardrobe these days, even with ‘sale’ signs as plentiful as weeds in flowerbeds where the gardener has been cut back from every week to every month. This business with the car industry I just don’t know how I feel about it. What makes them so special that they deserve this kind of incentivization just so they can make sales? How about all the other businesses, those owned by individuals (not individuals owning stock but individuals owning and operating the actual business). How about all those businesses closing? Don’t those folks deserve the same help that these characters in Detroit and elsewhere are getting? I just don’t get it. I must be missing something.

In 1990-95 when I was intimately involved both as an RTC contractor and a workout officer for a large commercial bank there came a time when a developer having gone bankrupt was a badge of honor. Well maybe honor is too strong, but a badge that brought with it survivorship and some humility. I saw this first in Texas, perhaps because as real estate egos go, Texans liked theirs big. But it happened elsewhere and from individual to individual there was a difference in how they handled those humbling days. After making it through the gauntlet, these folks were judged by how they behaved during those difficult times when some moved to Florida or other states just so their homes could not be taken in a bankruptcy and some simply did the right thing. Once trust has been damaged, in business and personal things, it’s hard to win it back. But many of those real estate junkies did live to return to the mountaintop even if the mountain was more of a mound than a mount. In some ways, the same thing is going on today. Investors are watching closely to see how their managers behave during these tough times and it surprises me to hear that not everyone is on their best behavior. Haven’t they all read the Real Estate Boy Scout Manual? And then again, that is what differentiates people and companies from one another. It’s easy to behave properly when things are going well and everything is free and easy. It’s when things get tough that character shows and going forward investors will not get fooled again.

The oldest survivor of WWI, Harry Patch, died on July 25 at age 111. As reported in the NYTimes today, his funeral was a national event in England. But a couple of quotes of Harry's about his war experience, only stated after 80 years of silence, struck a note with me: "War is the calculated and condoned slaughter of human beings too often sent into combat as cannon fodder by politicians who should have settled their conflicts by dueling among themselves. War isn't worth one life!" Peace to you Harry.

Photo: Me & Scott Jacobs performing at The Woods, Hedgesville, WV


These are my personal thoughts and not that of my employer.
Posted by Steve Felix at 5:15 PM No comments: 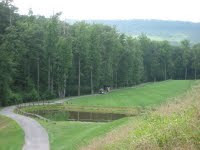 Eight guys who had at least one thing in common: we all grew up in . Four of us went to one grammar school, PS 175 and three went to another, PS 220. The eighth guy joined the group in seventh grade. We got together this weekend to play some golf and have fun but what it mostly turned out to be was to learn about each other. Five of us are on second marriages. Amongst us we have 22 children and a number of grandchildren. "How did we end up joining forces in ?" one guy asked. "It was all about sports. Basketball, football, baseball, roller hockey and, as I found out, some ice hockey played on the lake in Flushing Meadow park with a puck but with the players in rubbers rather than skates. We also remembered other things, some relating to restaurants or stores in the neighborhood, to sledding in the "Green Jungle", a square block amidst medium and, for that time, high-rise apartments, where a single homeowner held out and wouldn't sell, thus preventing development for many years to come. But mostly we told each other about our lives. All the other guys were together, more or less, through college (I moved away in the middle of my junior year of high school) and almost all of them attended the same undergraduate school, . So for me, hearing their stories about those years, was fascinating. We laughed so much this weekend and we shared things as openly as I've ever with anyone. There was just a comfortable familiarity , an implied trust and safety. In junior high school, all of us was part of what was called the S.P. program, which I recall stood for Special Progress. In it you had two choices: be in an accelerated class or be in a class where you skipped eight grade. We all chose the latter, or at least our parents did and while we didn't do a formal survey, a number of us wish we hadn't skipped that grade. Those years when boys are 13 and 14 are difficult socially and as we all know men are less mature than women, perhaps throughout our lives. So we shared stories of late blooming, of no one really having a serious girlfriend, perhaps until college. But in addition to learning about each other, we talked about other people. A few of us brought old school photos and we had a great time trying to remember people's names or what building they lived in or in some cases what we had heard over the years that people were doing. This is a bright bunch of guys and being around them made me miss that I hadn't had the chance to stay with them longer when we were growing up. The move my parents made to NJ was devastating to me and I'm not sure I rebounded from it for a long time.

The make-up of the group is: three lawyers (one a corporate/banking litigator in CA, one a tax specialist on Long Island and one an immigration lawyer in New York and all top-notch in their fields); two PhD's (one an educator and administrator and one the head of research for the premier magazine readership polling firm in the country); one doctor who is on the leading edge of integrated health care; one a recently retired former IBM exec (the only one of the group who is retired) and me. I learned a lot from these guys as we talked about our careers and asked questions, delving deeper into their industry or into things that meant something to us personally. One of the guys was an early student activist and involved person. Several had put together a little band after I moved that was called (at least at the beginning) Howie G and the Constipated Three. It must have been a curious sound: clarinet, saxaphone and guitar (with a drummer added later) but they played some gigs and the guitarist has been a life-long player. At the resort, we coerced the one man band to allow us to sit in and while it wasn't perfect it was fun with the best of our three tune set (cut short because the paid musician seemed to be getting a little jealous that the full-house was into the whole thing) being a singalong of "I Saw Her Standing There." You know what I mean?

We played golf or for some of us at least at it. Two of the guys had been on the high school golf team and others have played some more some less over the years but it couldn't have been more perfect as we had two foursomes which included one full-time driver/color commentator. Some of the guys have been in touch over the years and some are still close friends, having attended their families significant activities and those of their children. I have been separate from all that for a number of reasons but it was never due to lack of interest in them, just circumstances. You know what I mean?

We made a phone call to a girl that a number of us had thought was our girlfriend in junior high. She was a good sport and confirmed that only two of us really had been her boyfriend to use that term as much as can be for a junior high school romance. Although, in talking about some of our children, times have certainly changed in the social sense in that kids of more recent generations, in addition to being more mature than we were at a comparable age, seem to get involved in more serious relationships earlier in their lives than we did.

There were no big egos and no jerks. There was generosity and true friendship and

camaraderie and love. But it was surreal in some senses, especially when we parted to go our separate ways today, back to 'real life' but with the knowledge that we not only reconnected but that some of the social challenges of growing up a year younger than our other classmates were shared by all of us, although I'm not sure it had ever been discussed openly before.


At the end of the day we all agreed that we were pretty much the same people as we were when we were kids and that didn't seem to be a bad thing at all.

Posted by Steve Felix at 6:08 PM No comments: