PERE Magazine has opened the voting for it's 2010 Global PERE Awards.  You can vote here.  From PERE:  "Remember these awards are totally independent in that there is no sponsorship and no panel of judges. It is down to you and your peers to nominate and then vote for the people and organisations that mattered the most in 2010." THE DEADLINE TO CAST YOUR VOTE IS TODAY!

Random thoughts as we near the end of the year:

Starting to pull together my goals for 2011 which, for the past several years, I've been writing down in my diary.  I do believe it makes a difference to write them and look at them from time to time.  Here are a few:
I'm sure you have your own list.  Maybe we even share a few of the same goals.  It's not easy to remember them, that's why documenting them and referring back to them from time to time really helps (I got that idea from some book).  But as someone once told me, be gentle with yourself.  And if you want to be more productive, let's say step up the amount of calls you make each week, remember this:  the difference between making zero calls and making one is 100%!  Don't try to go from zero to sixty and nine seconds.

Where I work, we've  been developing on our 2011 conference attendance/sponsorship plan and overall marketing/advertising .  We are taking a hard look at where and what to spend our money on.  Periodically, I get a call from an industry friend, asking me which conferences I think are the important ones to go to (actually I owe a guy a call on this subject).  I've been fortunate over the years to have attended a whole lot of conferences and conventions, both in the U.S. and Europe and the one thing I always try to keep in mind is this: choose wisely and look for those opportunities that are less about boosting your own ego than about getting in front of the right people.  Some of those opportunities are pricey but, as someone once said, 'you get what you pay for...sometimes."  The Chinese saying is 一分钱一分货, "yi fen qian, yi fen huo" (pronounced ee fen chee-ahn, ee fen hoo-oh). This translates literally to one cent gives you one cent's worth of merchandise.

As some of you know, I've been playing keyboards in rock and blues bands for a long, long time.  I'm really excited that recently I got asked to join a very cool band based in Calistoga, CA called "Maple Station Express."  As we add gigs, I'll post them below.  I'm just thrilled to get to rehearse once a week and play music with some talented (and nice) people.  I can't imagine what my life would have been like without music.

Our company had it's holiday this past week at Bowlmor Lanes just off Times Square. If you are looking for a place to crush some pins, have a few drinks, eat some pretty decent food and bowl on funky lanes with rock and roll playing in your ears, check it out.  It was more fun than I've had in a long time (P.S.  When I just went to their website I learned that they also have operations in Bethesda, Cupertino. Long Island, Miami and Orange County).

"Pricing Firms Across The Board" is the headline from this week's U.S. Capital Trends Report/November 2010 from RCA.  The lead in to all the data: "The analysis of November transaction activity shows that year-to-date sales volume has reached $90.7 billion and is poised to easily surpass $100.0 billion by year-end. The analysis also offers further evidence that the distress market has reached an inflexion point in the fourth quarter, with workout activity outpacing new additions to distress and total outstanding distress coming off its high for this cycle."  Hey, this sounds like pretty good news to me.  We've just about made it through 2010, although I wonder if the usual flurry of 'year-end deals' is like it used to be; probably not.  Everyone I talk with as I travel around believes that 2011 will truly be better than 2010.  Well, we're ready for it so 'bring it on.'

Final thing:  I look forward to hearing from you.  Best way to reach me is:  steve@simplicate.com 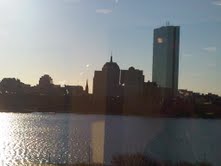 
On the road:
December 20, 2010:  New York. The second almost-annual end of year buy your own drink thing at Pera Brasserie, Madison Avenue between 41 and 42.  6:30pm.  I've gotten emaills from a bunch of folks from the industry (and other random friends and acquaintances).  Should be fun.  Hope to see you there on Monday.


These are my views and not that of my employer.
Posted by Steve Felix at 3:52 AM 1 comment: