Well, Syracuse beat themselves last night. It's been a wild tournament hasn't it?

There are things going on in the world today that are stretching our ability to forgive. Forgiveness is one of most important things we can do to progress as a society and as individuals. But, failure to be responsible or hiding under the robes of an institution when innocent young people are being abused...well, I don't know about that. But this week, when face to face with Henry Kissinger, I felt like I forgave him for what he did to promote and extend the Vietnam war which caused thousands more young Americans to die. My interaction with Dr. Kissinger was at the Spring Pension Real Estate Association meeting in Boston. He and Charlie Rose were the opening act. His talk and most of the questions asked were about world affairs but, sitting at a stage-left front table, I got to ask him a question: "Dr. Kissinger, as you look back on your life, is there anything you wish you had done differently?" He and Charlie both laughed and Kissinger, looking directly at me, said "I better have a good answer for that question because if I say "No" I'll sound like an arrogant bastard!" But watching Kissinger up close reinforced my belief that one of the keys to staying alive and ‘with it’ for a long time is keeping your mind active. Clearly he has a big advantage to most in that country and industry leaders still seek his advice. But many senior citizens have experience that we can learn from and the mutual benefit of being asked to share and learning from what is shared should be nurtured more. I'm working on an idea on this subject.

There were 700 people at PREA this week. I believe it was the largest ever turnout for their spring conference. The atmosphere may have been a little too buoyant but we are an optimistic industry aren't we?  There were some very good panel discussions and PREA should be congratulated.


Here are just a few of my takeaways. If you'd like a copy of all of them (for whatever they're worth) just let me know and I'd be happy to send them to you. But, in the future, it'd be worth your while to attend a PREA conference. The whole institutional real estate world was there!


a. The Mao generation in China and some after that are more Yuppie than Wall Street; they don’t interfere with government if the government lets them make a lot of money.


b. An important part of diplomacy is consultation before a meeting so that parties that may disagree know what the parameters are in advance so that there are no surprises


c. As a leader you are judged on your ability to translate what you say into concrete action


d. The art of diplomacy is to get your adversary to want what is in the common interest.


a. David Simon on retail:


ii. the demand for retail space will not be strong enough to absorb all the store closings


iii. Highest demand for retail space is on the outlet side of the business


b. Alan Leventhal on office:


i. Short term no significant improvement; fundamentals are very weak


ii. In early 2010 leasing is coming from the healthcare, education and technology sectors


iii. We want to see no new supply for a long time because it’ll be a slow recovery


i. Nothing will get built going forward for a while


ii. This is not a normal recovery from a recession. Right now the U.S. is behaving as if it’s on steroids


iii. When I left Starwood in 2005 I told the board, “Elmer Fudd could run this company.”

iv. Collusion amongst the hotel companies (on room rates) would surprise people

a. Only the existing borrower can approach the FDIC to restructure their loan but they have to use outside capital to do it

b. At each level of the capital stack the challenge is to get to the asset without going through a competitive auction process

c. All the talk about buying distressed debt has been about pricing; people are not talking about the execution capability necessary to realize the value

d. The FDIC is good because they’re a willing seller; but right now there are too many willing buyers who are driving prices up

e. If there is a way to get involved with the borrower you have a chance to get to the asset without going through the competitive bidding process

f. If you hold real estate long enough it will disappoint you


Tidbits from RCA's Month in Review:

As in the title of one of my favorite childrens books says, "Could Be Worse." 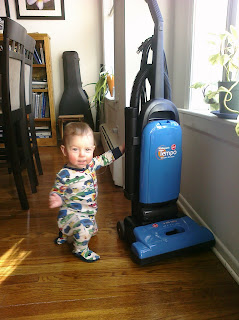 
Photo: Sean Felix auditioning for a

Posted by Steve Felix at 3:25 PM No comments: