It’s early morning on Tuesday, August 29 in Tyalgum, New South Wales, Australia.  The fact that New York is 14 hours behind has taken a little getting used to – then again, I’m on vacation and have tried to remember that a true vacation is when you don’t work.  Some of you remember the days before computers, before cell phones, before we were able to stay connected and be connected almost anywhere, almost anytime.  And, even though there is Wi-Fi here people are not walking on the streets talking or texting.  The talking that goes on here is people talking with each other.

Every morning since I arrived last week, I’ve gone to The General Store and had a ‘flat white’ coffee (that resembles a cappuccino but it’s more like a coffee with a milky surface and a beautiful design).  Tania generally makes it for me.  She and her boyfriend moved to Tyalgum from Columbia four months ago.  She loves it here.  I talk a bit with Curly who works for The General Store and, yes, his nickname is curly because he is bald.  There have been one or two regulars who stop in when the store opens, to buy the daily newspaper.

Tyalgum is situated in what I’m calling the bed of a huge volcano that existed 20 million (no typo) years ago.  One of the issues with this landscape is that it’s susceptible to flooding. In fact, in April 2017, the area suffered from a 150-year flood.  In being shown around, I learned how high the flood waters had risen and it’s beyond belief.  The area is still recovering – they are a truly hardy bunch.

Some older folks talk about taking a ‘daily constitutional’ walk.  Mine is first thing in the morning when I leave The Celestial Dew Inn.  I’m immediately greeted by an amazing symphony of birds (this area is famous for it’s birds as well).  There’s one breed that sounds like it’s laughing at me…or maybe laughing with me as it can see the huge smile on my face as soon as I step outside.  There are other breeds and they’re pretty chatty in the early morning.  It’s terrific to be both wakened and greeted this way.  On the subject of sound, Tyalgum’s Community Hall is know for having almost perfect acoustics.  While there was no music there this week, I went inside.  It looks more like a gymnasium (which it also serves as) than a concert venue.  There’s an annual music festival coming up in a couple of weeks with some serious vocal and instrumental performers.

As many of you know, I’ve traveled quite a bit in my lifetime.  In many cities the architecture, landscape, etc. are what is memorable.  And, as memorable as the physical things in Tyalgum are that’s not what I’ll be taking home with me.  It’s the people, it’s the spirit, it’s the love that exists here and I have experienced it as well.  I have been welcomed as I’ve never felt before.  The folks here are real, sincere and beautiful people.  Truly.

Because what prompted this trip was to attend the O’Heart Festival last weekend, I became part of that contingent and getting the chance to help out in setting up stages for musicians, etc. - I’ve never liked being a bystander. This allowed me to get to know a bunch of the people and see them virtually every day and work alongside some of them.

I’ve also had the privilege of being able to play a beautiful black grand piano from time to time at Flutterbies Café – which is where I’ve also eaten most of my meals.

In all my travels, this is the first time that I’ve visited a place where I could see myself living.  You may say, ‘what could Steve do in a town of 300 people?”  And, my answer is…live, simply live and create and collaborate and perhaps find peace, within myself.  Amongst the ‘group’ I’ve been part of are a number of people who have come from other places and found something special in Tyalgum.  It seems to be a like attracts like phenomenon – for real.

I’m leaving on Thursday and while I’ve pretty much stayed ‘close to home’ I’m going to try to get to The Gold Coast and visit one of the beach areas either today or tomorrow.  And, as I sit here, writing about leaving in two days, tears are welling up in my eyes as I’ve become very attached to this place and these people.

My good friends The Heart Collectors will be on tour in the U.S. again this coming spring.  I have volunteered to share the van driving responsibilities with Mobius who is the only one of the four band members old enough to be allowed to drive in the U.S.  When I told him last winter I was coming to the O’Heart Festival he said, “Yeah, right” (as in ‘that’s what they all say’), However, when I mentioned about doing some of the van driving on the tour he said, ‘We’d love to have you.’

While I've had some trials and tribulations during my life, I’m a pretty lucky boy.  Having had quite a bit of alone time this trip to think about things, I’ve realized that my willingness to explore, to take chances and to follow my heart have resulted in me meeting some fantastic people and having special experiences.  Much of the travels in my life have been by myself and, I’m feeling that going forward, I’d like to travel with someone…to share the experiences, to share the meals and to simply share life with.

I have a small platter on my kitchen counter:  "Always believe that something wonderful is about to happen."  You never know....

Here are some photos I want to share with you… 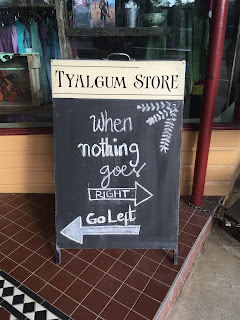 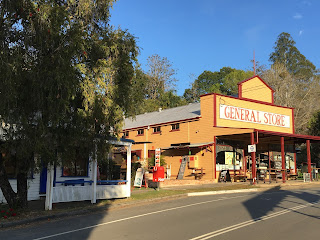 Posted by Steve Felix at 3:18 PM No comments: