The most popular phrase in the investment world today seems to be “Lessons Learned.”  It’s a good one.  It’s a humble one.  It suggests that those on both sides of the fence, investors and investment managers have realized that there are lessons to have been learned from the events, decisions and behaviors of post-Lehmann era (or error).  What will be interesting to observe is if these lessons learned guide investment decisions going forward.  It seems to be universally accepted that we will not see a real estate investment environment that resembles the last ‘boom time” for many, many, many years.  So there shouldn’t be the same temptations or will there?
But, I guess some people don’t ever learn lessons.  I’m talking about the recently revealed scandal involving the home foreclosure process in America.  If what is being written in the press is proven to be true then it is a sad, sad commentary on those running some very large and well known mortgage companies, some of them parts of big banking institutions who should know better by now.  Once again, it’s the general public who have been shafted by large institutions in their quest for swift resolution to defaults on mortgage payments which in part had been precipitated by bad things that big institutions did.  And those who have had their homes taken from them, those who are unable to pay their mortgages because they’ve lost their jobs, those people and their families should get some type of restitution if it’s proven that the process by which their foreclosure was handled and their life was turned upside down, was tainted.  Isn’t anyone watching the store anywhere anymore? Why can’t people try a little harder to work thing out?
We all couldn’t wait for 2009 to end so that things would improve.  Well, as we head into the fourth and final quarter of 2010, I lot of folks I talk to are saying the same thing about this year.  Things are sluggish in the investment real estate world and as general optimists we all believe that things will improve with the dropping of the Waterford crystal ball in Times Square.  A lot of investors are still sitting on the sidelines.  Many investment committees and boards are still not sure whether the time is right to start investing again and if so, what to invest in.  Those that are contrarians have been investing, realizing that there is opportunity out there.  But going along with the crowd is much easier in most things in life and, as with Umphrey McGee’s album, there is “Safety in Numbers.”  Maybe what people seek are some signs of stability before they start writing checks again.  I hesitate to use the word ‘normal’ because I don’t know what that is anymore.  Does anyone? 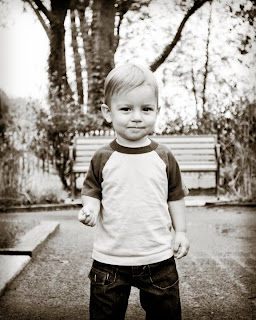