Christmas in Liberia / Career and Personal Coaching / What is a client?

Eight of the students at the MCF Academy are true orphans.  They came to the academy last year when the orphanage they lived in burned down.  It's these eight that I have gotten to spend the most time with as the other students went "home" for the holidays.

Last Sunday, at a church service dominated by children, a group from the "Brother's Keeper" orphanage performed for the packed house (I'd say more than 500 people).  This orphanage has been in business for 15 years and some of its 'graduates' are now young adults.  They sang several songs and received a few Christmas gifts from the host, Monrovia Christian Fellowship.  What impressed me most was the look on the faces of these children.  They have obviously been brought up in an environment at their orphanage that was both nurturing and empowering.  They are part of the future of both Liberia and the world and I sensed that some of them have big plans in mind and know they can achieve them.  They're right, aren't they?

After church, we limped to a garage with the MCF Academy SUV that had become quite temperamental.  After a two-hour diagnostic and repair session (where there were no less than four 'mechanics' under the hood at one time), the vehicle was running well.  I was starving, having forgotten again to bring a snack with me.  We headed for a place called Shark's, which is a mélange of McDonald's (kid friendly with playground), a beach bar and a hot dog, hamburger, popcorn and ice cream emporium.  Our group of 18 commandeered one long table. Watching these kids (aged 3-16) relish (no pun intended) the food, drink and ice cream was a thrill for me. 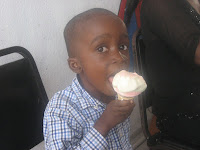 MacDella told me that most of them had never been on an outing like this.  Can you imagine?  We take little things like this so much for granted. In a sweltering afternoon, the children ate their ice creams very, very, very slowly not wanting to let the experience end.  It was an extremely special time for me to be able to help them have this memory, which Mac said they would never, ever forget.  Me neither.  Big sigh!

We celebrated with the traditional Liberian Christmas Day meal of Jollof Rice and beans along with delicious bar-b-que chicken.  Grace, our cook, works miracles in pots over hot coals.  The portions were more than plentiful and the kids really enjoyed the holiday fare.  MacDella told me that the best Christmas gift the children received was our outing to Shark's the other day.  When we were there, I hadn't thought about the "treat" from that experience but for those children, the true orphans, who do not have a home to go to for Christmas or anytime for that matter, their treat was my pleasure.

While there has been great progress made in Liberia since my visit in 2006, there still remain problems with trust and honesty. I got shaken down on Christmas Day by my new best friend, Moses, the head of the traffic department.  For years, police have been known to randomly pull people over and tell them that if a ticket is officially filed it'll cost them $50 US dollars and they'll have to spend half a day to get their license back.  But basically the police want to get you to agree (they never ask out and out) to pay them so cold cash.   "So, how can we work this out?" Moses asked me.  "I don't know. You tell me", was my almost courteous response.  "But what can we do to make this go away?" was Moses' next offering.  "Well, it's your country, what would you suggest?” I asked him, knowing full well what the answer was.  But, given that I was on his turf and had a few of the children with me I decided to end the conversation and offered him $20 which I gave him and he gave me my license back.  No documentation required.  Just the day before, MacDella told me that the LIberian President had issued a statement that this traditional way of celebrating Christmas would not be tolerated.  I guess there's a ways to go in that regard.

Like "The Little Engine That Could" ("I think I can, I think I can") the commercial real estate industry has chugged along. But somehow it feels different.  Probably because things have changed and continue to do so.  "New" investors are bringing cold, hard cash into the U.S. as a safe haven given what is going on in the rest of the world.  And, as RCA continues to report, investors are taking bigger stakes in secondary markets where they can get more bang for their buck.  Asset Management, the skill set that can help discover opportunity income, continues to be of critical importance in getting those investments to achieve optimal cash flow and, whenever possible, better than average appreciation.  A number of investment management executives that speak with me are thinking about new directions to take their business.  Seasons change.  How we adopt to change is the key.  An exercise I use with some of my corporate strategy clients is to have them imagine that their company didn't exist.  What would they do today?

Based on numerous requests, I am expanding my Career / Resume Building / Interviewing Skills / Personal coaching services.  In addition to helping individuals build confidence in themselves this service gives people technical and behavioral tools that will help them craft more effective resumes and cover letters and stand out and differentiate themselves in job interviews. It also offers guidance about searching for an internship or a job.  Shortly, I'll be announcing the addition of a partner who is an expert practitioner in this type of coaching and skills development.  Very exciting!

What Is A Client?

These words are from a poster hanging in the reception area of Clarion Partners Headquarters in New York.  I thought it'd be a good reminder as we start the new year:

Bill Krauch, my longtime friend, is retiring from Clarion Partners on 12/31/12.  Throughout his long career, Bill has always been a class act.  He is a great ambassador for the institutional real estate world and an integral part of its globalization.  He's always been someone who has nurtured younger people in the industry, passing along what he's learned. Bill is not a retiring kind of guy so don't be surprised if he pops up in a new role sometime soon. He's a special guy and I am proud to call him my friend.  All the best Bill.

2012 has been a landmark year for me in several ways. It was also a year that brought some new and special people into my life.  "You're a lucky boy,” one of my friends said to me recently.  Yes, I am but maybe that luck is simply the result of putting positive energy out in the universe and, without any expectations, having it come back in some inexplicable way.

Thank you very much for your support of this weekly column.  I am humbled by your generous support for some members of our community who have been in need or embarking on worthwhile missions.  We've been through a lot together.  This year we've lost some people; family, friends and industry colleagues. Those are impossible events to try to understand and so we just to accept them and learn from those who have passed into the next dimension and make them proud that we have taken something positive from them and are 'paying it forward.' 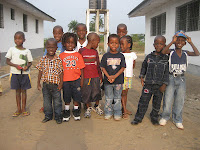 Thank you to the 15 clients of Felix Consulting Group who made our first year a success!

This was sent to me by my son Brian in August 2000. In cleaning up my hard drive I found it and wanted you share it with you.  You may have seen this before but I encourage you to read it


Send this to all the people you believe in…I just did. 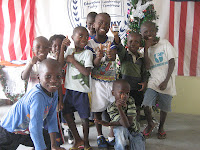 Jan. 7-9:  Dallas to provide my "How to" Workshops to a client firm
Jan. 21-25:  Southern California for meetings and to attend the IMN Winter Forum on Opportunity and Private Real Estate Investing in Laguna Beach
Feb. 27-Mar.1: Phoenix, Arizona to attend the NCREIF (National Association of Real Estate Investment Fiduciaries) Winter Conference.
Mar. 12-15:  (Tentative) Cannes, France to attend MIPIM
Apr. 28-May 1:  New York for the CRE (Counselors of Real Estate) Mid-Year Meetings and a possible jam session with the CRE Band, Sound Counsel.
June 4-5:  London to attend the PERE Summit-Europe

Posted by Steve Felix at 7:37 AM No comments: