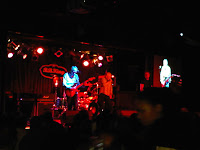 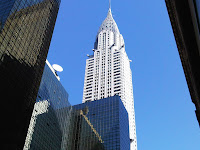 A successful opportunity fund manager who has experienced a number of real estate cycles wrote me about reading the 'Then and Now' comments: "Steve, just finished reading your piece on comparing the current crisis with the early 90’s. Great reporting work! There’s a great profile of the founders of the opportunistic real estate world lying in there…" (I hadn't thought of it in that way but he's exactly right).


Here's one more response to the "Then and Now" question:

Some thoughts in response to your question as to the differences “between now and then”? My perspective is one coming from years and years in the institutional investment arena. My comments are in the context of institutional investor allocating capital to the US property markets with the objectives of earning a competitive current yield; broaden portfolio diversification and hedge inflation.

Summary what’s different between then and now?

--not mad at real estate; recognize/accept it as a distinct and separate asset class

--interests are better aligned with those of the mangers this time around; improved governance

--all asset classes in the tank; some more than others; real estate performance OK on a relative basis

First---commercial real estate is, today, an accepted asset class. Institutional investors have been through three up cycles and are now in the middle of their third down cycle. They have come to realize that real estate is as cyclical as stocks and bonds. And they have come to learn that over the longer term real estate has delivered. The investor market has matured. It is much more knowledgeable, experienced and, therefore more tolerant.

When the markets crashed in the 1990’s, investors were mad as hell at the real estate industry. They felt that had been taken to the cleaners by a bunch of slick promoters. They were mad at their managers; mad at the appraisers for failure to reflect the realities of the market, mad at their consultants for getting them into real estate in the first place.

Not this time around. Nowhere is this more in evidence than in the open-end funds. Despite large redemption queues, investors are not willing to sell shares at deep discounts. Nor are they bad mouthing the asset class, their managers or blaming their consultants. Some have evidenced an interest in buying back in, but feel values have not yet reached bottom. These are some of the same investors who are in the in the redemption queues.

Second—a significant percentage of manger compensation today is tied to realized performance, not based on asset values. Lots of different fee structures and formulas for sure. However one common denominator-the better the real estate investment performs, the better both investor and the manager fair. Managers can’t get rich in a down market. (Opportunity Funds excluded)

In addition a number of university real estate centers-track and measure US commercial real estate and engage and publish research on commercial real estate property markets supply and demand behavior and real estate risk and return. These include MIT, Wisconsin, Columbia, USC, North Carolina, California-Berkley to note some of the more prominent schools. In addition investors can utilize benchmarks and indexes produced by NCREIF, Levy/Giliberto, Moody’s and others. This industry information infrastructure was in its infancy in the early90’s. There is no way investors can say today “I didn’t know what was going on”. The information is out there, a lot of it in real time, and readily accessible.

Fourth---as poorly as private real estate has performed in the past year and a half--the capital component of the NCREIF Index experienced its biggest one year decline in the 32 year history of the Index- (-24%)--other asset classes, including public equities, hedge funds and private equity funds have fared even worse. A lot of institutional investors would be receptive to adding to their real estate portfolios in this cycle, if it weren’t for the denominator problem.

Fifth—this down cycle is one caused by investors loading up on too much debt, and in the process driving up prices and driving down yields. The last cycle was caused by over building. Same result. Another reminder that leverage is a two-bladed sword.

For me, this astute commentary synthesizes almost all of what others wrote back to me on the “Then and Now” question. The perception of any individual, about anything, is based on where they play in the game so, for example, transaction brokers have one vantage point, real estate lenders (if and when you can find them today) have another one, etc, etc. But as I make my way around North America, speaking with investors and consultants, I’m hearing a very similar story. The tide does to be coming back in, slowly and cautiously, like on a quiet beach in Mexico. But, we can’t be too hasty to say that ‘it’s over’ and everything will be hunky-dory again. This is probably the most complex period in the real estate investment world ever and time is either our friends or our enemies, depending on our position and motivation. We will see. We will see. And, OMG, we’re just about to start the fourth quarter of the year that many just want to write off. But as we know, when we write stuff off, we may have to hold a reserve and some of the reserves are dwindling as the clock ticks.

In the late 1960's someone spray-painted in the London tube "Clapton is God." There is certainly truth to that but perhaps a more correct graffiti would have been "Clapton is a God." I say this because there are a number of Guitar Gods (it's a matter of personal preference). Rather than list my favorites I'll just say that last Saturday night I was lucky enough to get a seat to see one of the more unsung guitar heroes, Robin Trower (See photo). Robin was the guitarist in a band called Procol Harum, which is remembered for two top-40 hits, "A Whiter Shade of Pale" and "Conquistador." Procol's lead singer, Gary Brooker, has one of the more recognizable voices in rock music. After Robin left the band to pursue a solo career he became recognized. Some people feel he is very Hendrix-like and certainly the tone of his guitar and some of his style has that to it.

But in addition to hearing some great guitar playing, what I saw on stage was a man who loves what he's doing. Having a full room of people who really believe in you doesn't hurt but watching Robin, with big smiles on his face (in-between some excellent 'guitar faces') was wonderful. It's sad that over the years I've seen so many musicians on stage who seem miserable. What could be a greater feeling than playing music on stage and watching people either bopping their heads or dancing or swaying or whatever and knowing that it's your music that elicits that kind of response. Certainly for me, that feeling still makes me realize how fortunate I've been to have music in my life. But where this is all headed is not about music but about our careers and our lives. How many of us know people who really don't like what they do? I've done things in my life that I really didn't like because I had financial obligations to meet but I've been lucky (or maybe I've made my own luck to a degree) that I've had a great career in the real estate industry and continue to see more opportunity to grow and expand my network of industry contacts, acquaintances and friends. And, while now may not be exactly the right time to seek something new, from what I've seen in the press, there seem to be quite a bit of new hire announcements popping out all over the world. All I'm trying to say here is: so much of our lives is spent at our work; it makes a big difference, to you and to those close to you, if you actually like what you do. Robin Trower vividly brought that home to me at B.B. King's Club in NYC last weekend.

Photos all taken with my BlackBerry camera

(l): Postcard quality shot of The Chrysler Building (where my office is) .

Posted by Steve Felix at 9:26 AM No comments: