On the Road (to MIPIM) 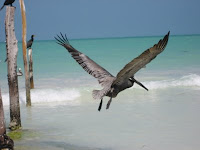 So, while these responses represent only a sample of the sentiment of U.S. institutional investors they are interesting all the same. What I have found in talking directly with investors is that for many things are ‘month-to-month’ regarding their ability to invest new money in any strategy. However, there are a number of them who not only have new money to put into real estate but also are working their way to finding additional money to take advantage of opportunities that are becoming available given the circumstances in the market today. While some ‘pundits’ (which may or may not include economists, strategists, educators and some actual practitioners) suggest writing off 2009 completely I don’t think anything could be further from the truth (But, see next paragraph).

From the recent PERE Forum in Hong Kong, a friend reports:
My principal take-away from the conference is that investment managers in Asia are dead-in-the-water for 2009, and maybe into part of 2010. This is due to (a) lack of investment capacity among institutional investors (they would have to sell common securities at a depressed price in order to fund new real estate commitments); (b) lack of sufficient financing to make most opportunistic or even value-add strategies work; and (c) most investment managers expect prices to be lower a year from now than they are today.

The real answer is: Nobody really knows!

A friend sent me this notice they had seen:

Economy Notice: Due to recent budget cuts and the cost of electricity, gas and oil, as well as current market conditions and the continued decline of the economy, the Light at the End of the Tunnel has been turned off. We apologize for any inconvenience.

Sort of reminds me of those pages like this:

You Have Reached The End Of The Internet There is nothing more to see or do here. Turn off your computer. Take a break. Go for a walk. Read a book. Have a cup of tea. Sit and stare at the natural world. You get the idea.... Remember to wiggle your toes and get out of your head. Thank you and have a nice day!

For many music fans, last night offered a sign of hope amidst all the uncertainty. The band Phish reunited and played its first gig since 2004 in Hampton Coliseum in Virginia (I saw Neil Young in that venue in the 1980’s as I was spending time in the Tidewater Virginia area working on a shopping center redevelopment where I made the first ever Circuit City Superstore lease….how times have changed). Phish has developed a huge cult following as the heirs to The Grateful Dead. And while I have never attended one of their shows I know that these guys are ‘the real thing’ and are accomplished and serious musicians. I mention this so if you hear one of your younger colleagues mention it this week you can be up to speed on it and they’ll know you are cool!

Next week at MIPIM in Cannes I will have the privilege of moderating two events. One, the MIPIM Summit which I’ll co host with Janice Stanton of Cushman & Wakefield is produced as a live TV show with a small (40 person) audience who will be engaged in the discussion/debate with panelists Joe Valente (Allianz), Pete Reilly (JPMorgan), Dietrich Heidtmann (Morgan Stanley) and Hans O’pt Veld (PGGM). I believe some of the best direct feedback on the state of the industry that I’ll be able to give to you next week will come from this event. Also, I’m moderating a panel at the Finnish Property Breakfast where the audience will be a select group of Finnish property investors. There may be a few seats left for the MIPIM Summit. If you will be there and would like to put your name in for consideration for a seat please let me know right away (steve@simplicate.com).

Final note: I don’t know about you but I’ve been feeling tired lately and that is not usual for me. It’s not the travel that is the cause. I think it’s more the conscious and subconscious strain and drain of all of what is going on now in our industry, in business in general and in the world, both financial and human. Some days I wake up and wonder if there isn’t something more important for me to be doing with myself right now, helping people, helping children, helping animals all whom in one way or another are suffering. Recently, all I’ve been doing is making small donations (they all add up) to some charitable organizations but it’s really the time and the involvement that makes the difference. As my schedule has been what it is makes it difficult for me to commit regular time to any organization. But, there is one thing that I continue to do and it’s something that we call can do and that is to spend some time, on the phone or in person with someone who is facing challenging times these days. It isn’t important that we have a definitive answer but rather that we’re there to listen. Recently I’ve been talking with a lot of real estate MBA’s who will be graduating this spring. Most are desperately seeking a path to a position in our industry and I don’t really know what direction to point them in. But, they have told me that just talking with them and giving them some of the benefit of my years in the industry whether it be tips on networking, following up, resources is helpful. So, if you get a call from someone, whether it be a soon to graduate student or an someone in the industry who has been laid off, just think for a minute “What if this were me?” and take a few minutes to listen to them. It’s a small world ladies and gentlemen and getting smaller all the time. A little kindness goes a long way.

Posted by Steve Felix at 4:21 AM No comments:

Stranded On the Road

I've been stranded for the past two days due to heavy snow on the east coast of the US trying to get back to NY from Mexico . It sounds better than it is as we left the island we were on for holiday and when we got to the airport were only then told of flight cancellations, scrambled to get into an airport hotel and have been just hanging, other than me trying my best to work using a blackberry. Anyway, as I had promised myself, I completely disconnected during the vacation. How? I simply turned the BB off and didn't turn it on again until we were headed back. A long time ago, someone who was an avid watcher of soap operas told me that what made them easy was that it didn't matter if you missed one or a year's worth of episodes, when you tuned in again it was like you were never gone. That's the way it seemed to me in checking in on the news yesterday. Other than the daily unique crises, the deaths, problems with world financial markets and other things are all, well, same old same old. But not really as they're only the same as things were a long time ago, before 24/7 media created crises out of simple events except that they're happening to us, right here, right now and things are not getting any better it seems.

I first learned the meaning of 'bailout' when I was 12 and Billy Gallin, the head of the waterfront at Camp Walden said, 'Stevie, go bailout that rowboat, it's filled with rainwater.' So I got a coffee can and did the job. But the word that the world has latched on to that will save our global rowboat from going under is being totally abused. To continue to give money to companies like AIG or any U.S. car manufacturer or Citigroup is an outrage and an insult to me as a taxpayer. If you and I were in a business together and we couldn't make a go of it, who is there to bail us out? No one, that's who. I know, some say that letting Detroit crash will put too many people out of work. Too bad. I'm sorry. I've been out of work before and no one was there to save my job. How about if we just let things operate in the way that the creator of the modern economy intended for it to? Why do we have to bailout or save everything and everybody everywhere all the time? Anyway, having been through economic ups and downs in the real estate industry since 1973 and having been intimatedly involved in the workout business before the term became fashionable and with the RTC business-which to my knowledge was not considered a 'bailout'-let's just use the skills we've learned instead of making things up all over again. There isn't a coffee can big enough to bail out this boat; we have to be brave, make tough decisions, help people who really need it and realize that the boat has sailed and that the next boat is still in dry dock, being fitted for even rough seas.

I'll be attending my sixth MIPIM next week. It's one of the two global commercial real estate events held in Europe each year and I'll be able to report about it to you next week after having c0-hosted, along with Janice Stanton of Cushman and Wakefield, the second annual MIPIM Summit TV show and also a breakfast of Finnish investors but I have some suspiscions about what I'll see and hear there.

One more thing. I've learned over the years how important it is to decompress but years ago when I went on my typical American one-week vacation I hadn't been as aware, then being a younger typical Type-A versus a Type A in rehabilitation, that it takes two days to decompress from work where you can enjoy three days vacation before starting to think about work again in the last two days of the week....and that was B.I.-Before Internet. The Internet and email and blackberry type things have made disconnecting and thus decompressing that much more difficult. But decompressing is not just for vacations. It's important to keep in mind every day when you're transitioning from your work day to your personal day and while stressful times in the business world sometimes get us even more focused on instantaneous responses at any time on any day to a seemingly urgent email this is the time we need to focus more on protecting ourselves from the results of too much stress which are both physically and mentally debilitating. So, taking another tip from the Type A rehab suggestion box and remember that tomorrow is another day and that not everything has to be completed today but that those things that need to be completed should be as to not complete them will add unnecessary stress to you overnight and may even distract you from watching the world fall apart in front of us on the evening, or should I say, continuous news-God forbid.

Someplace to check out-Holbox Island, Mexico. The off-season, like now when the people who want to swim with the Whalesharks invade, is very, very peaceful and beautiful. Just remember that even though there are few autos/trucks, there are a million gas powered golf carts through off fumes so when you look for a place to stay make sure it's right on the beach and not behind the 'road' where these annoying things drive up and down all day.

These are my personal views and not that of my employer.
Posted by Steve Felix at 4:56 AM No comments: