Some very sad news came out this week.  Nick Tyrrell, formerly Head of Real Estate Strategy for JPMorgan Asset Management in London has died.  Nick had been battling something for quite a while and now his battle is over.  But his passing was not expected and is a shock to his family and friends.  Nick and I met when I started roaming around Europe in 2004/5, working on launching The Institutional Real Estate Letter in Europe.  We'd continue to see each other over the years at various conferences in Europe and the U.S.  Nick was passionate about the real estate industry.  He was considered one of the brightest of the bright and was never at a loss for an opinion.  One of the connections that Nick and I (and his wife Joanne) had was love of music.  Don't tell anyone but we used to spend time at business conferences talking about this concert or that concert that we had seen!  Nick was full of life and energy.  He was a great ambassador for his employer and for the industry.  Nick was always available for advice and to share his knowledge.  He was very active in INREV, the European Association for Investors in Non-listed Real Estate Vehicles from the start.  People reacted to Nick.....as he pushed you to think; he was a deep thinker.  It was fun to be around he and Joanne and there was a lot of laughing:  Nick had a great sense of humor.  I was very, very sad to read the news about Nick this week.  But in addition to these memories I can picture him, on his motorcycle, riding into work in London or somewhere out in the countryside.  Something I just learned about Nick was that he was an avid Motorcycle Madness and Car Madness player on Facebook.  He was a renaissance man and I am privileged to be able to call him my friend.  My sincerest condolences to his family.   Our industry has lost a good man. 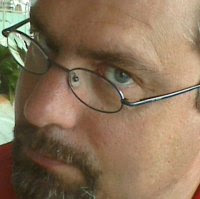 I'm pretty sure that all of us, in one way, shape or form, has had some anxiety about public speaking.  My long-time friend, Ivy Naistadt's book "Speak Without Fear", originally published in 2004, has just been released as an audio book, read by the author herself.  The public speaking tools that she provides can help us with situations ranging from a job interview, to a small meeting, to giving a keynote speech.  When I first read it I got some great takeaways but, like a lot of things I read, I need to remind myself of what I learned so I'll be listening to Ivy the first chance I get.

These are my views and not that of my employer.
Posted by Steve Felix at 5:01 PM No comments: