When I was in my 20’s I saw an ad in the Sunday New York Times Magazine section that immediately grabbed my attention.  The ad was for an Alaska cruise and the photo showed the ship cruising between two snow-capped mountains.
Well, I finally did it!

This was my first real cruise. Thanks to the advice of some frequent cruise friends I contacted only one line: Regent.  Last Wednesday I returned from a 7-day cruise.  It started in Seward and docked at Skagway, Sitka, Juneau and Ketchikan before ending up in Vancouver, British Columbia (Canada).

Regent is a luxury line.  The ship had 700 passengers and 465 crew…a pretty good ratio I’d say and it was evidenced in the level of service that exceeded anything I had ever experienced.  Everything was included (unless you wanted spa services ‘special’ excursions or an expensive bottle of wine) – at each port there were free excursions available.

I’m glad I took the trip.  The scenery was unbelievable. Alaska is one friggin' big place.  I saw some whales, sea otters, a bunch of bald eagles and one brown bear.  The only real disappointment was a special excursion I had bought that was cancelled due to weather conditions (it was cold, rainy and foggy the entire trip…except for the last day).  That excursion was a helicopter ride, which ended in a dogsled ride.  I had been looking forward to it.  Only on the cruise did I learn that the weather in Alaska at that time of year is like someone who lives in Sitka told me.  “We expect it to rain every day.”

Within a day or two of boarding the ship, a number of the crew members knew my name (and likely the names of many of the other passengers as well).  Pretty amazing I’d say, right?  I made some friends amongst the crew and learned a lot: they operate on 6 month contracts – they work on the same cruise for the entire six months, take two months off and then hope they get rehired - it may be for the same cruise or a different one. An interesting lifestyle choice.

One of the really fun evening activities was ‘Crew Capers’ where members of the crew performed.  More than 70% of the crew is Filipinos.  Multiple others came from Serbia and South Africa - customer service is in all of their DNA’s.

Each suite has it’s own balcony. I spent a lot of time on mine watching the scenery, writing, thinking. The Alaska landscape is awe-inspiring.  My suite was the smallest but still luxurious.  I did meet a couple that invited me to see their suite.  Wow!  It was as big as my one-bedroom apartment and had a balcony that wrapped around the front of the ship. Needless to say, it cost an arm and a leg whereas my just cost me an elbow!

The ports we stopped in were small towns (even the state capital Juneau is fairly modest sized).  The economy is oriented to passengers on cruise ships.  In one town I counted 16 jewelry stores! There were also a lot of vacant stores, some of which I learned are only occupied/open during the peak season - which is upon us.

When I stopped into the Visitor Center in Anchorage I met a woman. As we chatted I learned that she was Head of HR for 'Visit Anchorage!' I've already connected her with my partner Liz Weiner and they may be discussing us conducting some of our workshops in Anchorage. You never know!
Below are a few photos I took.  Early on the first morning aboard ship I saw a rainbow – it was special way to start the trip. From what I can gather I was one of the few folks that saw it – there are definitely benefits to getting up so early!

If you’re thinking about this type of cruise please reach out. I’m happy to give you more insight about my experience. 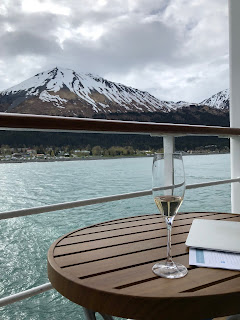 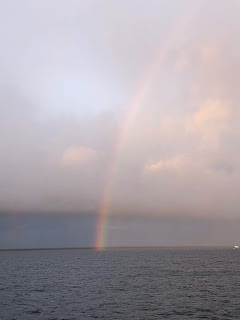 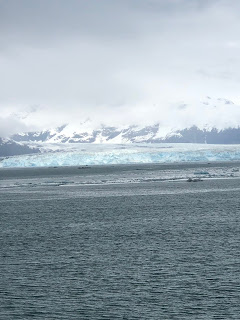 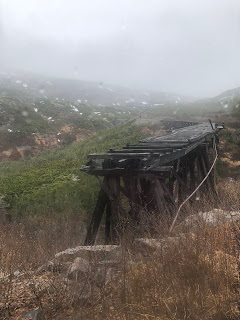 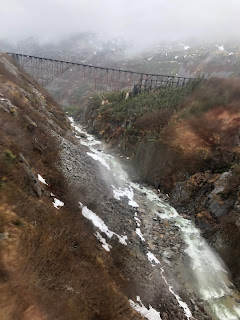 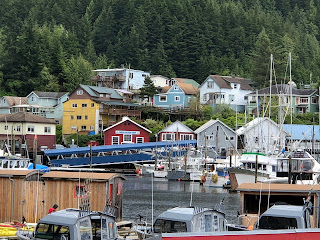 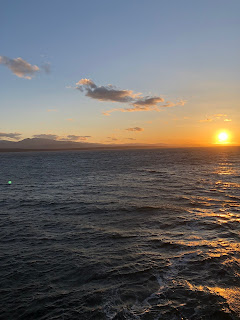 Posted by Steve Felix at 4:13 AM No comments: