A friend who has made a difference in the commercial real estate industry: Adelaide Polsinelli 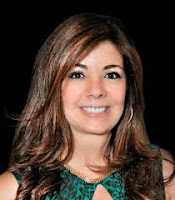 In her 30+ years of extensive experience as one of New York City’s most active and high profile real estate brokers, Adelaide Polsinelli has an impeccable and prolific track record of consistently selling and shaping trends in commercial real estate. She has personally sold over 1,300 properties, valued at over $20 billion in every asset class.

Ms. Polsinelli began her illustrious career as an advocate for families who had no real estate experience and needed dedicated representation to protect them from the pitfalls that abound while maximizing the value of their property.

In addition to selling and advising on all real estate asset classes, Adelaide also heads the Retail Sales Division at Eastern Consolidated, where she leads the firm’s sales brokerage, advisory, research financial structuring and marketing services for the sale of all retail driven deals from retail condominiums, office buildings, taxpayers, shopping centers, mixed use residential buildings, and hotels, to high street retail properties. Through her leadership, Adelaide was instrumental in classifying retail condos as the new real estate asset class, the urban equivalent to triple-net-leased single-tenant properties.

She is regularly called upon as a well-regarded co-op and condo expert, known for uncovering value for co-op and condos by methodically structuring the various components of their real estate to generate optimum value.

Furthering her dedication as an owner’s advocate, she has produced a series of neighborhood tours, along with historian Kevin Draper of NY Historical Tours.  The tours identify real estate trends and blend the past, present and future of neighborhoods with sales and leasing information to educate owners and investors to new emerging trends.

Adelaide is a co-op and condo liaison, sought after columnist, and speaker whose articles have appeared widely in the press. She is an expert speaker and industry thought leader for a variety of functions and panels.

Ms. Polsinelli is well known for her mentoring program where she offers college students opportunities to learn the business under her guidance. She has been named a “Woman of Influence” for over a decade by ALM’s GlobeSt.com and Real Estate Forum and one of Commercial Observer’s “People to Watch”.

Adelaide has also been the recipient of the prestigious Investment Sales Broker of The Year Award, and companywide Broker of the Year Award at Eastern Consolidated in 2013 and 2015. She is also featured on Globe St.com as one of New York City’s Signature Brokers.

Prior to joining Eastern Consolidated, Ms. Polsinelli was Vice President at a publicly traded national investment sales firm. She has served on the Board of Directors of both the Kidney & Urology Foundation of America and the St. George Foundation. Adelaide was also the President of the Parent’s Association at St. George Elementary School and organizes an annual toy drive for local children’s charities.

Most notably she had served as President of 2 Fifth Avenue for over a decade, a 350-unit co-op building where she successfully bought the land under the ground lease for the co-op.

Adelaide holds a Degree in Finance and Real Estate from New York University and also attended the Fashion Institute of Technology.

It was in the early 2000’s.  Larry Ross, the commercial real estate broker who originally introduced me to Real Capital Analytics Founder Bob White – six months after he launched RCA – allowed me to hang out at his office when I was in New York City and needed someplace to hang my hat. It was greatly appreciated.  Adelaide was a senior broker at that firm and I met her there.  I remember chatting in her office that first time and hitting it off.  As so many people say, commercial real estate, even on a global basis is an ‘small’ industry and Adelaide and I knew a bunch of the same folks.  We’ve stayed in touch over the years, periodically acting as each others’ sounding boards.  She’s not only successful, she’s also a sincere, caring individual.

Q.  How did you get your start in the commercial real estate industry?

A.  Growing up in Greenwich Village, I knew it was special place. Bob Dylan launched his career in the local clubs, lived across the street on MacDougal Street where he organized a street fair in the late ‘70s for neighborhood kids like me, and held his historic meeting with poet Alan Ginsburg at the Eighth Street Book Shop.

The area south of Houston was different. With its gritty manufacturing lofts and commercial spaces, West Broadway had more in common with the neglected Bowery than Washington Square Park.

My uncle Louie Labo owned a plumbing business on the southeast corner of West Broadway and Houston Street and lived with his family upstairs. One day he discovered that he could earn more renting the ground floor as retail space than operating a business out of it and leased it to the owner of one of SoHo’s first cafes. As an incentive, my uncle built out the space, and gave the tenant the right of first refusal if the building ever sold.

After my uncle’s death, my aunt Carmela put the building up for sale. She offered it first to the tenant, who told her he didn’t have the money to buy it. She then went to a family friend and signed a contract with him. On the day of the closing, the tenant walked in with a check for the exact amount of the signed contract. The tenant bought the property but promptly flipped it for more money than he paid my aunt.

Even as a student at St. Michael’s High School, I thought this was unfair. The incident had a lasting effect on me and inspired me to go into real estate and advocate for families who were the long-time owners of buildings, which often were their only assets.

My aunt and uncle’s building at 475-477 West Broadway was a game changer for me.  I never let go of what happened and pursued the new owner for years until he finally let me sell it for him, which was over 20 times what he paid! Today the property is on a thriving retail corner with the popular Dos Caminos as the ground floor tenant.

My passion for Downtown properties has continued as I work with long-time owners selling their buildings. I was on the Eastern Consolidated team that sold all the shares in a four-story, ±20,600-square-foot mixed-use co-op at 61-63 Crosby Street for $42 million, or over $2,000 per square foot, that the new owners plan to convert to office and retail. By selling the shares simultaneously and monetizing the retail, the transaction unlocked greater value for the seven residential loft owners, many of whom had owned their apartments since the building first went co-op in 1981.

Q.  What advice would you give to someone who has been in the industry for a short time or a student looking to get his or her start?

A.  Ethics are everything: “Do unto others…” is still the rule of the day. Peer pressure should be left in the playground.  Make smart choices. Poor choices almost always come back to haunt you.

Remember the golden rule - She who has the gold rules: Even though the client may not always be right, you still represent her. keep your eye on the deal and your client’s goals rather than your commission. Your rewards will come later. Investors can sense when your interests are ahead of theirs.

Don’t spend like a rock star:   If you rely solely on commissions for your livelihood, be prudent and plan for stagnant markets. Too many talented brokers had to leave the industry when the bad times hit.  Always have a cushion so you can weather any storm.

Mind your words on and off line: they may come back to bite you. Your clients defer to you as their professional advisor. If you don’t want your email, text, or Instant Message appearing on a billboard in Times Square, don’t hit the send button.

Keep a balance in your life: Brokerage is not a job.  It’s a way of life. Once you meld it into the rest of your life, you will have a harmonious existence.

Ask for the  assignment:  Remember you will miss 100% of the shots you don’t take. So ask for the sale, get the offer. All you have is your time.  Make the best use of it.
·       Rejection is only a state of mind.  Remember this: feelings only last 7 seconds unless you feed them thoughts.

Q.  As you look back on your career, is there anything you wish you had done differently?  If so, what?

A.  I would have aligned myself with strategic allies and mentors. Back then, I didn’t realize how powerful having a team and a strong support system would be for my career.

Q.  Who have been the major influences on your career? Why? How?

A.  My mother, Antonietta, was my greatest mentor. When she was 22 years old, she came to America from Italy…with nothing.  She fully embraced what it means to be an American. She worked several jobs and was grateful for the opportunity. She never accepted any handouts and enthusiastically became a United States citizen. My mother was strong and resilient in spite of any obstacles that came her way. She taught me not to take life for granted and appreciate the beauty in even the simplest of things. She would say that failure is a state of mind and to enjoy the journey of life.